Here’s what you need to know about moving to Sonoma County.

If you’re moving to Sonoma County, congratulations—you’re relocating to one of the most desirable places to live in the United States. However, before you start packing, it’s worthwhile to spend some time learning about your soon-to-be home. Here are a few attributes Sonoma County is known for:

Loading trucks in the pastures of Sonoma County, CA

…or, more precisely, the best weather. From mild winters to warm-but-not-humid summers, Sonoma County’s climate is enviable to say the least. The temperate, sun-filled days of spring, summer and fall allow residents to spend plenty of time outdoors, interrupted only by brief winter spells. If you’re moving up from San Francisco, you’ll appreciate the warmer temperatures and increased sunlight; if you’re moving from out of state, you might think you’re in heaven! 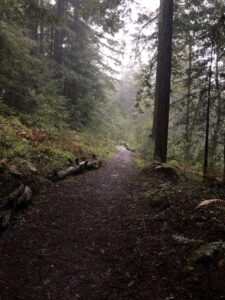 The distinctive coastal redwoods of California

Whether you’re a city mouse or a country mouse, you’re sure to find your niche in Sonoma County. Cities like Santa Rosa, Petaluma and Healdsburg boast flourishing urban centers where residents enjoy the best of food, shopping and entertainment. At the same time, Sonoma County is a nature lover’s paradise. From the forested trails of Trione-Annadel State Park to the majestic Bodega Bay coastline, you can commune with nature without driving several hours to get there.

San Francisco housing prices have ballooned over the past two decades, and the subsequent ripple effect has impacted Sonoma County and other surrounding regions. Add to this an adverse combination of high population and low availability and it’s no wonder why housing prices in Santa Rosa, Rohnert Park, Windsor, and other cities have skyrocketed. The bottom line: Whether you plan to buy or rent, you’re going to pay a lot more for a lot less than you would get in other parts of the country. Then again, that’s the price of living in such a desirable area.

Sonoma County is home to some of the country’s (and in some cases, the world’s) most prestigious wineries, breweries and restaurants. The ideal climate conditions have made the region a hot spot for viticulture and winemaking, and the North Bay brewery scene has virtually exploded during the past two decades. People from all different walks of life and cities travel Sonoma County for beer festivals, wine tasting, and tours. Meanwhile, towns like Healdsburg and Sonoma are renowned for their fine dining establishments; however, there’s also a wide assortment of quality fare for more budget-minded residents. Basically, whatever your preference is for food and drink, you’ll find the best of it in Sonoma County. 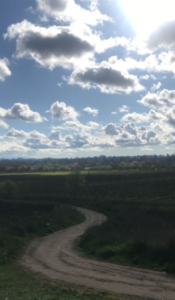 With Sonoma County’s steady rate of population growth, an increased number of vehicles on the road has led to increased congestion. Many people who work in San Francisco or San Rafael commute in from the north, which results in daily bouts of bumper-to-bumper traffic on Highway 101. Fortunately, there are lots of transportation alternatives to choose from, including the Golden Gate Transit bus line and the recently launched Sonoma-Marin Area Rail Transit (SMART). Of course, if you work in town, you can do as many locals do: ride your bike!

As a diverse, highly populated area, Sonoma County has a vibrant cultural scene. The region boasts several music and arts venues, from Santa Rosa’s Luther Burbank Center to Petaluma’s Mystic Theatre, as well as attractions like the Charles M. Schulz Museum. Likewise, parks, town squares and fairgrounds host family-friendly events throughout the year, including annual county fairs and festivals such as the Wednesday Night Market and the Sonoma County Fair.

Moving can be a stressful time for most people, however, with the help of professional movers and our complimentary planning guide, you may find that it’s not as daunting as it seems. 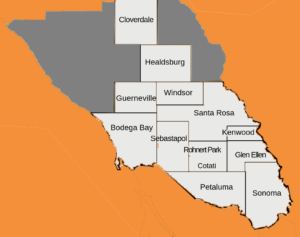